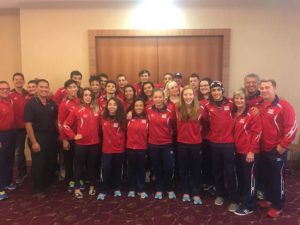 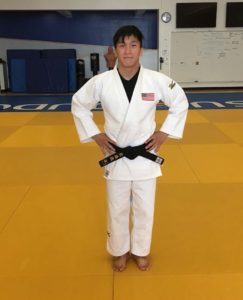 In his division (66 Kg) there were 52 other competitors from around the world. Cole’s first match was against Jorge Gonzalez from Colombia. Cole fought hard going 2 minutes and 54 seconds into overtime. Cole ended up losing by a Shido for a false attack. Currently, Cole is ranked 145 in the world and has been training Judo for ten years. His favorite technique is taiotoshi. He would like to work on his left-handed grip fighting and attacking more frequently. Overall he thought that he was a great opportunity to be able to showcase the level of Judo he is striving to achieve. He believes that the tournament showed him some of his mistakes and he will be working on them every day. 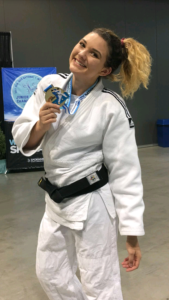 In her division (70Kg) there were 38 other competitors from around the world. Rachael’s first match was against Kim Sungeun from South Korea.  Rachael ended up losing by a rolling waz-ari that happened early in the match. Currently, Rachael is ranked 83 in the world and has been training Judo for ten years. Rachael favorite technic is osoto. She believes that she needs to work on her self-confidence in tough moments along with improvements to her technic. Rachael felt that the match went pretty well, starting off a little slow and picking it up in the second half.