USA Judo held its first ever Miami Grand Prix this past weekend.

Previously called the Miami World Cup, the tournament got moved up level to become the Miami Grand Prix. The top athletes from around the world were there to increase or secure the spots on the world roster.

For the US this a great opportunity for our athletes, as we are allowed four spots in each weight category for being the host country.

We had some pretty well fought tournaments out of number of our athletes, but at the end of the day the only medals for the US came out of San Jose State’s Marti Malloy (Gold) and Colton Brown (Bronze). 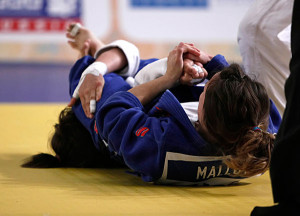 Marti began the day against Mongolia winning by yuko. Winning her next match by ippon she then moved on to fight Helene Receveaux of France. After nearly four minutes of golden score Helene received a shido for passive judo and Marti won the match. In the final she faced Karakas of Hungary. Marti was relentless on the armbar catching Karakas about halfway through the match. 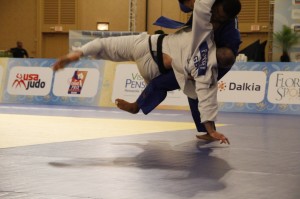 Colton Brown got a huge boost by getting his first international medal. He won his pool against Burns of Great Britain to go fight Grigorii Sulemin of Russia. The fight went the full five minutes going back and forth, but in the end the match went to Grigorri, two shidos to nothing. Colton went on to fight Mathew Purssey, also from Great Britain for Bronze. Colton threw the Pan Am bronze medalist with sesai tsuri komi goshi for yuko two minutes into the match. He then threw him again near the edge for Ippon.